OLOT – The art of landscapes

Olot, known as the city of volcanoes, lies between the Sant Valentí and Aiguanegra mountain ranges, the Batet plateau and Sant Valentí de la Pinya, in the heart of the Garrotxa Volcanic Natural Park (PNZVG), crossing by the Little Train Route and the Link Path, among the Montolivet, Montsacopa, Garrinada and Bisaroques volcanoes.

The history of Olot is closely linked to its physical environment, to seismic movements and the conditions associated with a volcanic landscape; it was the setting of feudal land wars in the early 15th century and was a source of inspiration for the landscape artists who founded the Olot School and its successors. 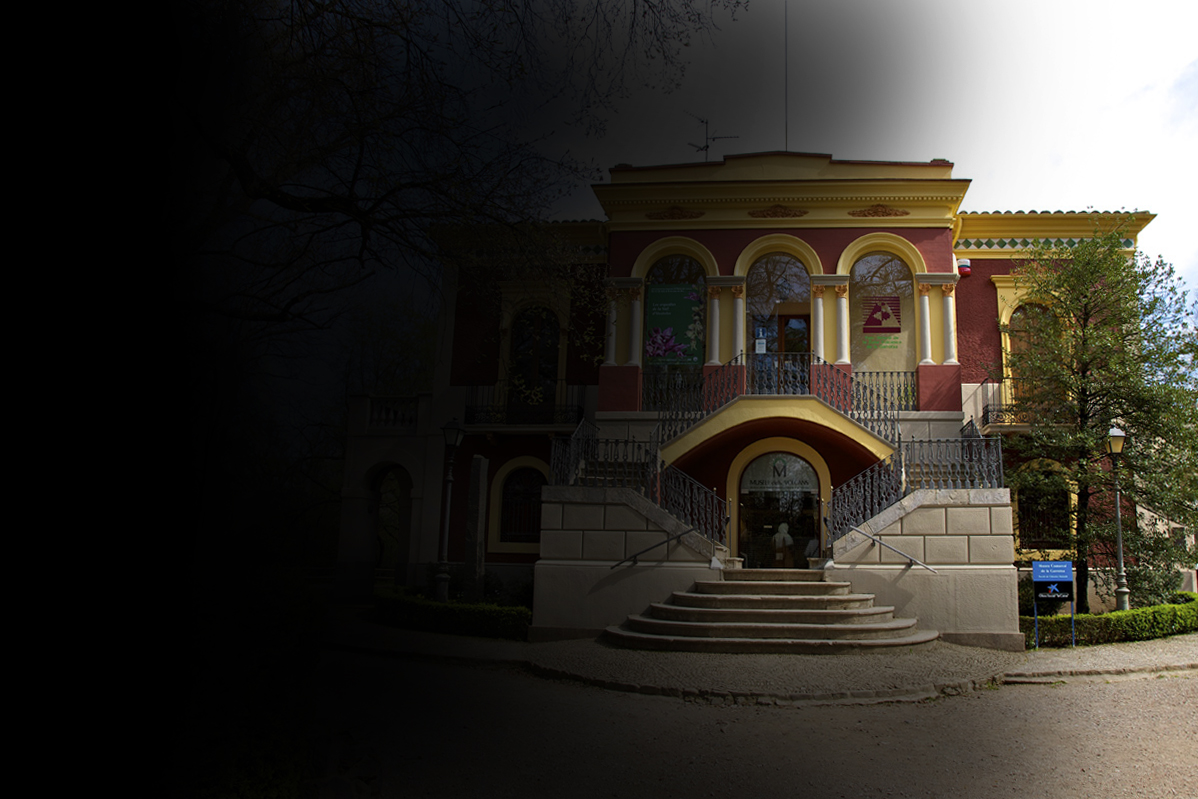 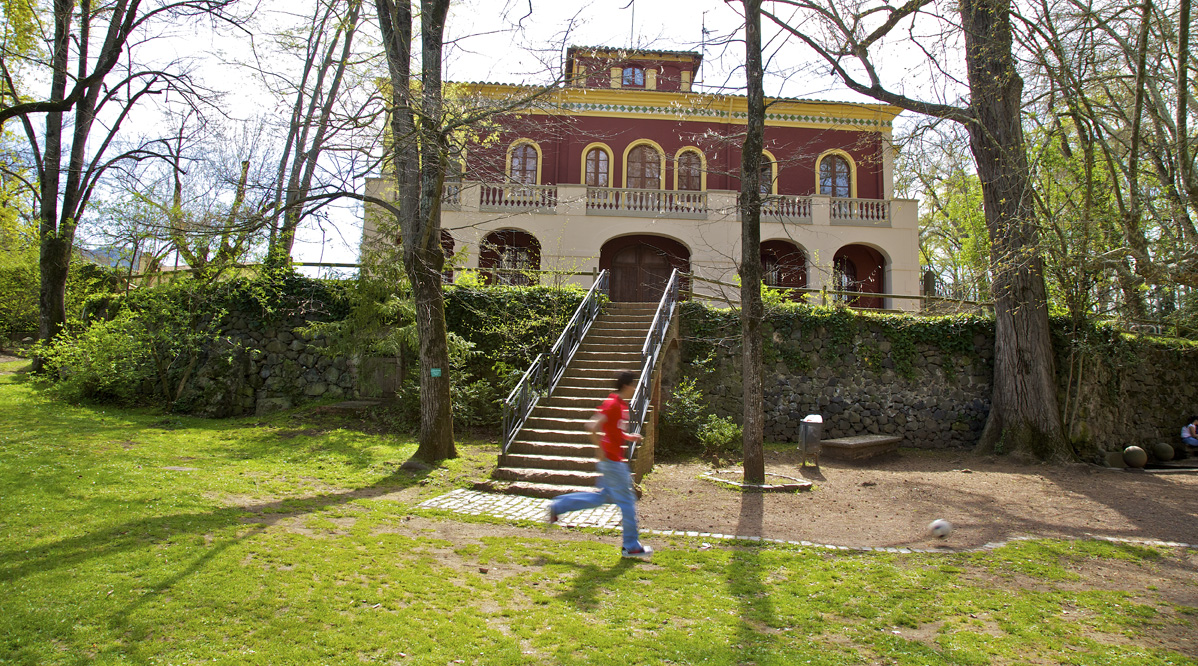 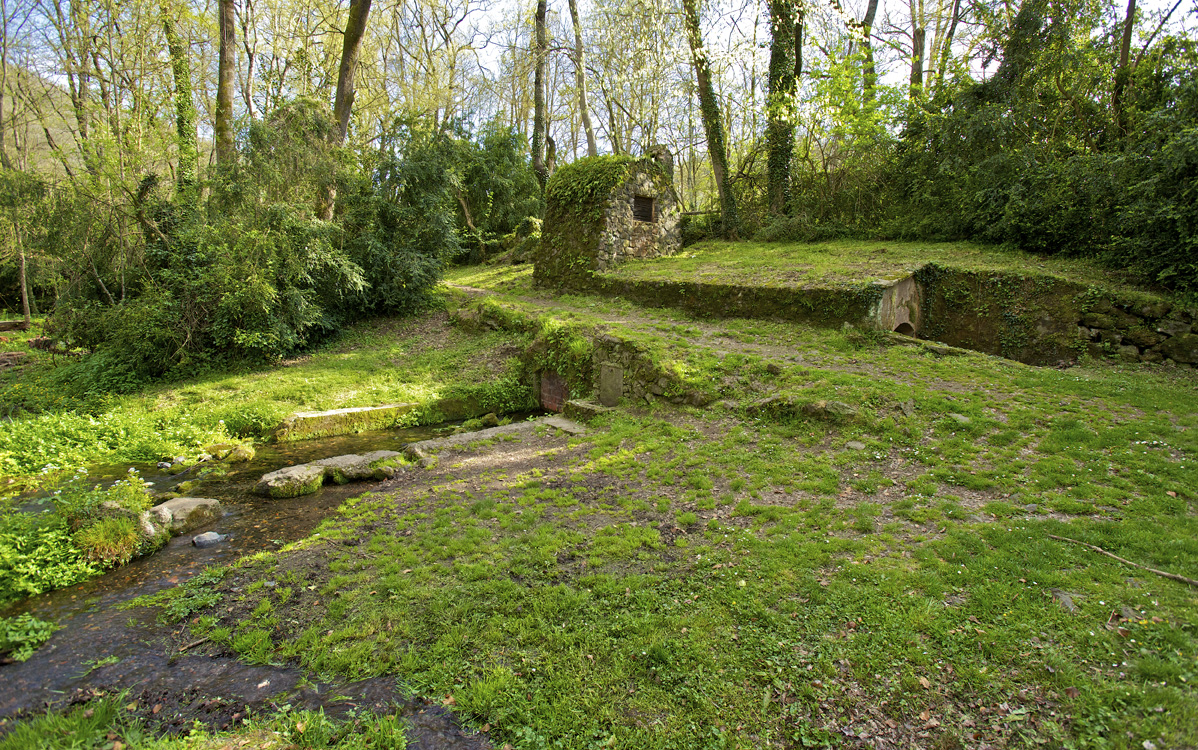 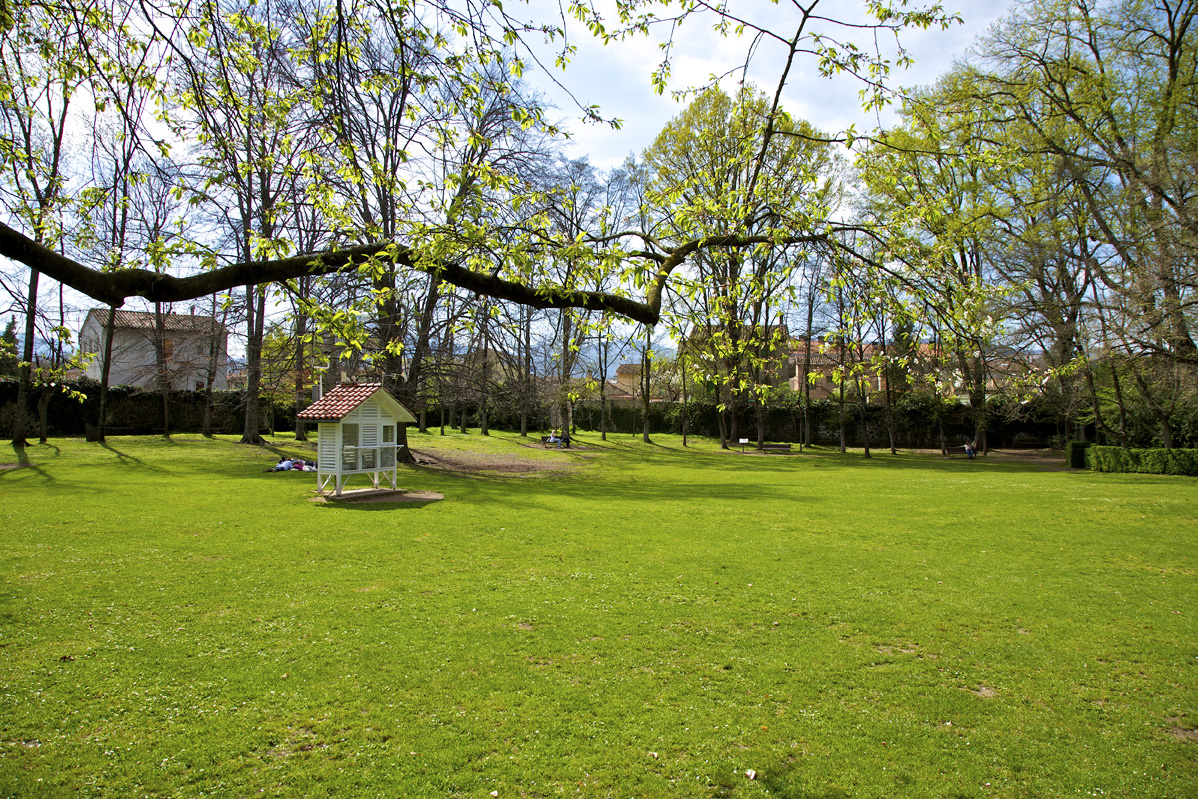 Some of the most emblematic parts of the city and its surrounding areas are the Fageda d’en Jordà, the marshlands of Moixina, and the Croscat volcano on the outskirts of Santa Pau. Its natural beauty, coupled with the abundance of plant and wildlife species, earned it special recognition from the Catalan Parliament in 1982.

THE ART OF LANDSCAPES

The wealth of Olot’s natural surroundings has been a source of artistic inspiration both for poets and for painters from the so-called Olot Landscape School, a well known Catalan movement. Famous authors include Joaquim and Marian Vayreda, and Josep Berga Boix.

The itinerary starts in the area of Sant Roc and follows the banks of the Fluvià River, the setting for paintings of traditional local scenes, until it reaches the path towards Sant Cristòfol and les Fonts. The route continues until it reaches the Deu and Moixina marshlands, one of the most popular spots featured in paintings by Vayreda and Berga Boix, who depicted different versions of the same scenes by playing with the natural light and colours of the landscape. The route ends with a visit to the Parc Nou and an optional visit to the Casal dels Volcans (the Volcano Museum).

2. Passeig del Fluvià (riverside walk). Following the course of the River Fluvià, you find recreation and rest areas along this enjoyable route, which starts in the Sant Roc area and continues to the meadows known as Prats de la Mandra.

6. Estanys d’en Broc (ponds). The Broc ponds or pools can be found next to the Moixina marshlands, in a area of wetland with a wide variety of plant and wildlife species.

7. Fonts de la Deu (springs). Situated in the Moixina marshes, the Deu Vella, surrounded by wetland, and the easily accessible Deu Nova, complement this picturesque landscape and provide walkers with the chance to take a break.

8. Font de la Moixina (spring). One of the most unique natural springs, surrounded by pools and rivers, these are a must on the tourist trail. An important place in Olot’s history, the springs still hold memories of past eras.

9. Paratge de la Moixina (landmark). This idyllic and charming spot, captured in many paintings, is a National Park of Artistic Importance. Its marshland is home to an enormous variety of plant and wildlife species.

10. Parc Nou. The old estate of Parc Nou covers about four hectares of land and includes an English style garden and a wooded area, where the Jardí Botànic de Vegetació Natural Olotina (Olot Botanical Garden) was created in 1986. Its prize specimens include the common oak arboretum.

11. Museu dels Volcans. The Volcano museum in the Torre Castanys in Parc Nou presents a clear educational view of the Garrotxa area’s seismic and volcanic characteristics. There is an earthquake simulator and an exhibition showing the area’s diverse ecosystems. 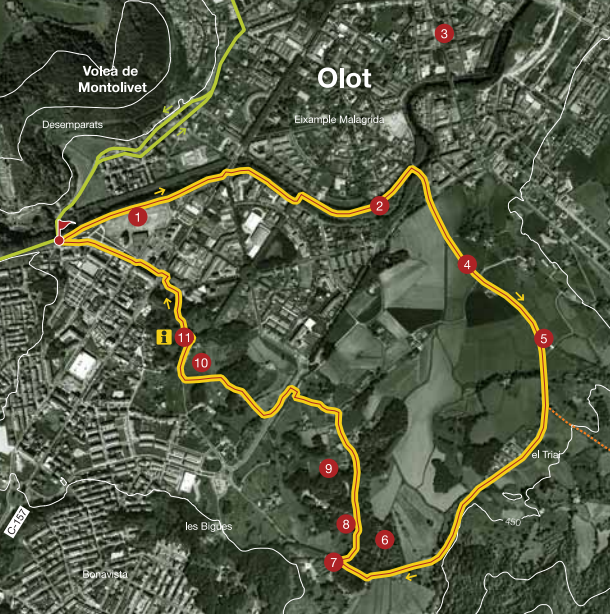 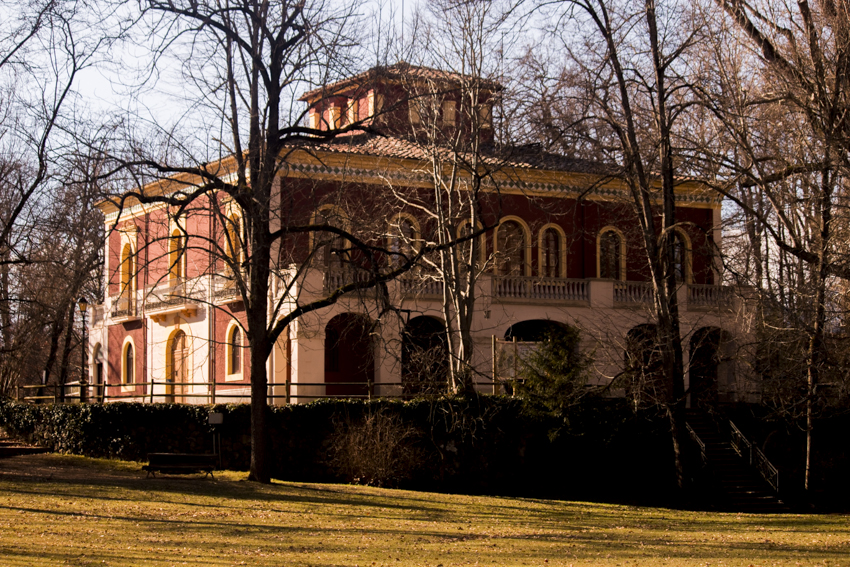 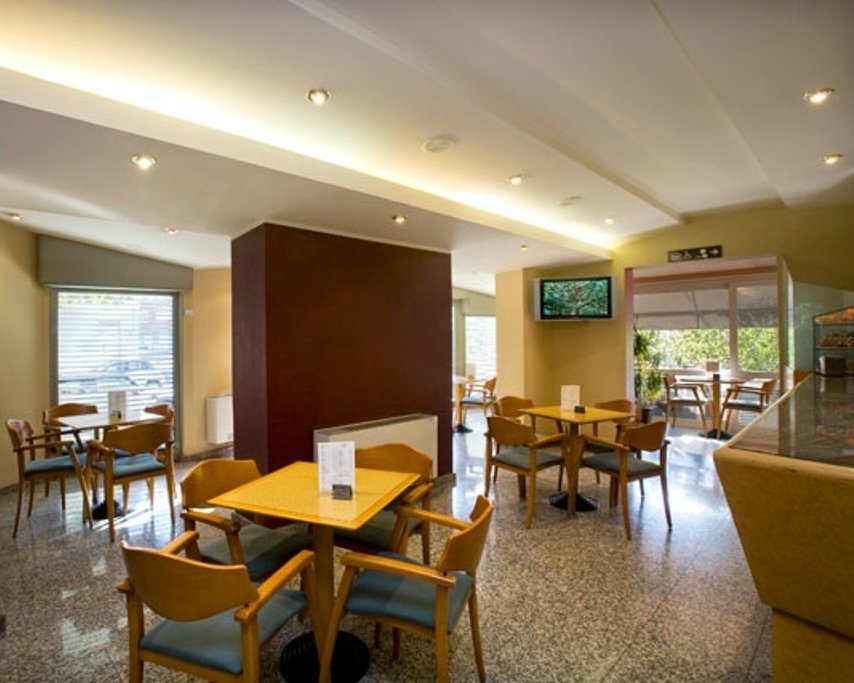 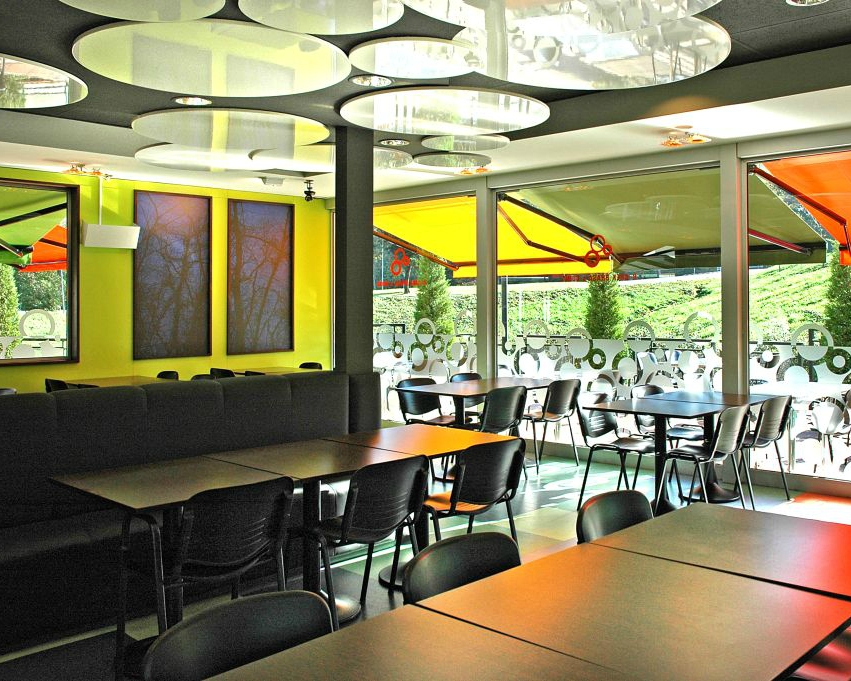 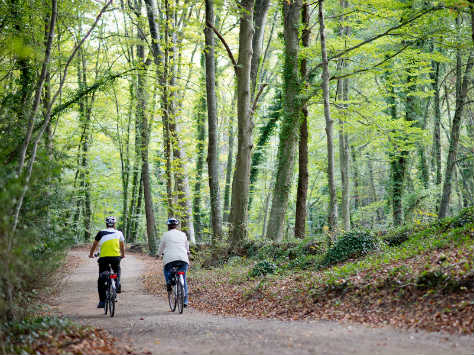