The Historic City of Girona evolved out of two fortified enclosures, the original Roman foundation known as Força Vella and the medieval quarter that grew up when the city walls were extended during the 14th and 15th centuries. The large, remarkably well-preserved historic city holds several historic buildings, among which the following can be pointed out:

2. THE VALLEY AND THE MONASTERY OF SANT DANIEL

The valley of Sant Daniel is a large green area near the historic center of the city with shady places, streams, torrents, water sources and a monastery as epicenter that, according to tradition, was built to welcome and venerate the remains of Sant Daniel, Armenian hermit monk and dead beheaded the year 888 in Arles de Provence during the Arab domain. The monastery of Sant Daniel, founded by Countess Ermessenda, dates from the ninth century, and has housed Benedictine monks for thousands of years throughout its history, and is still inhabited today. Stands out for two Romanesque elements (with Gothic additions) of great importance: the cloister (s.XII-XV) and the church, in which there’s the tomb of Sant Daniel (s.XIV), and it’s in gothic style and polychrome alabaster, made by the teacher Aloi. The environment surrounding the monastery is ideal for practising outdoor activities and is characterized by its diversity of landscapes: the riverbank forests on either side of the Galligants river path, the Gavarres forests dominated by pines and cork oaks, and the fields with scattered farmhouses that were formerly inhabited by families that lived on subsistence agriculture, complemented by livestock and the use of forests. From the viewpoint of Can Garcia we can appreciate all this mosaic of landscapes and enjoy views of the entire valley, with the bell towers of the monastery of Sant Daniel and the cathedral in the background. Other refreshing places surrounded by nature that cannot be missed are the Plaza de las Sardanas, whose name is due to the presence of the remains of an old stepped building destined for the musicians who played in the couplets, and the Ferro fountain, an area of rest and ideal picnic to recover forces in the middle of which there is a source of special geological interest due to the presence of iron and carbon dioxide in solution that give a spicy flavor to the water.

3. THE WETLANDS OF SANTA EUGENIA

These wetlands were opened to the public in October 2008. They are the result of a wetland recovery project carried out amidst the park of Santa Eugènia’s vegetable gardens, located on municipal land. They are part of the Natura 2000 network and occupy a surface of one hectare. This natural area was dried out long ago when the natural areas were converted into vegetable gardens. The wetland area consists of two ponds: one of them is open to the public, and the other is only accessible for research work in order to ensure the protection of the flora and fauna of the area. The water that fills them comes from the irrigation channels that water the vegetables gardens before returning to the river Ter. The flows behind the hillock, and is flanked by a lush forest of alders, poplars and ash trees. 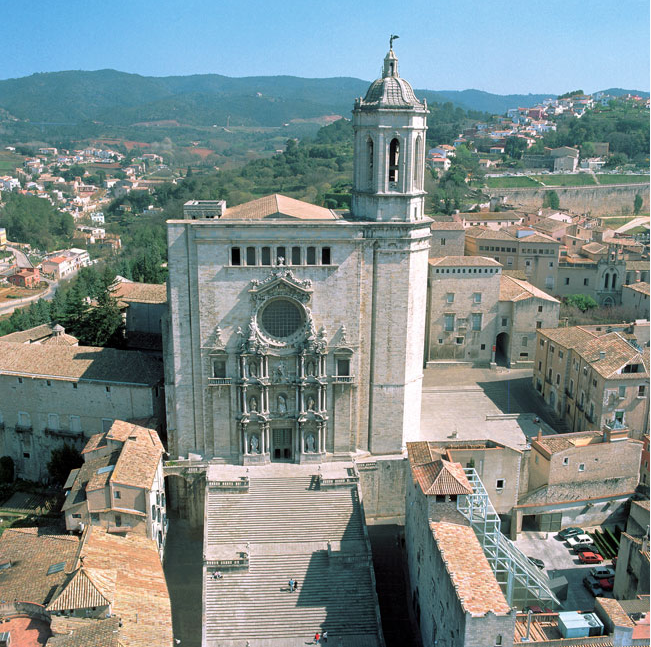