1. CONSTRUCTION OF THE BURÉS CANAL WITH BATALLIONS OF WORKERS (1939)

In 1939, once the Civil War had ended, many people were classified as disaffected from the regime in Catalonia, as well as in other parts of the State. These were political activists, ex-fighters for the Republic, or people who had simply taken a stand against Franco’s military uprising. In the first instance, these people were imprisoned in concentration camps. However, the numbers grew to such an extent that they ended up collapsing the penitentiary system. In order to reduce the number of prisoners, the new regime exploited a decree from 1937 to drive forward a Reduction of penalties through work, creating batallions of forced workers who were initially put to work on public sites until later being offered to private companies at a low cost. The Burés d’Anglès textile industry was the second company in the Girona area to use this service in order to build a canal to pipe water from Pasteral to Anglès, as well as a hydroelectric plant; both of which were lost during the floods of 1940. Over a hundred people were shut up in the warehouse of Can Quelic del Pasteral for months on end, being forced to carry out these considerable engineering tasks in a manual and extremely rudimentary way, using little more than shovels and spades.

The route of Les Pedreres is a stretch that takes us along the western side of the Puigdefrou mountain and the Pla de la Cellera de Ter. It crosses small farmlands, some of which still preserve vertical walls principally made of marble or granite, although it can be difficult to appreciate the quarry due to the dense vegetation. On the other hand, the route offers extraordinary contrasts of landscape, taking in both the Plana del Ter and the Guilleries Massif.

With a starting/finishing point in the Ruira park, this is a circular route of around 8km with slopes reaching 340m. A small stretch of the route crosses the town of Cellera, allowing us to discover some of the different elements of its architectural heritage. 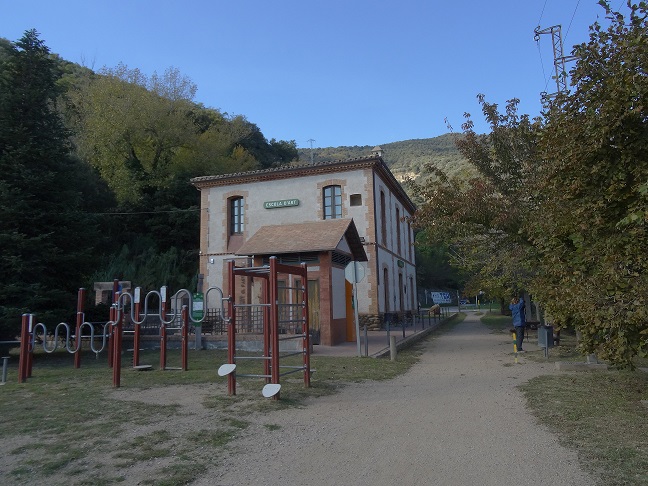