1. THE BANKS AND ISLAND OF THE RIVER TER

La Barca (the Boat) is an area covering around 350 m2 of the River Ter in the north of the municipality of Bescanó. Three centuries ago, people crossed the River Ter using a rope-pulled punt. When flooding swept away the factory bridge at the turn of the 20th century, the rowing boats and rope-pulled punts returned. For over two centuries, boatmen ferried goods from one side of the river to the other. The 1940 flood, which reached Carrer de Dalt, swept away boats and houses. The last boatman, Varisto, retired in 1974.

The Ter Island is a river island located between the municipalities of Bescanó, Salt and Sant Gregori. It covers 12.62 hectares. The island, also known as the Illa del Gegant (Giant’s Island), is located right in front of the Pilastra Island, between the Ter Vell wetland and the front canal of the Monar Irrigation Channel. Thanks to the recovery works completed over the last three years, the island is now open to visitors, with a signposted route on which to explore the wonderful natural heritage of this part of the River Ter. There’s also an observation hut from which to observe some birds and other animals that live on the island. The presence of different habitats and the peace and quiet of the area make it an ideal location for fauna, with the food, shelter and breeding areas they need to survive.

Catalan modernist building designed by the architect Joan Roca i Pinet, dating from 1908. A jungle of stone plants, monsters, proto-dinosaurs, reptiles and amphibians, all sculpted in the Catalan modernist style, line the waterfall leading from the irrigation channel gate to the Cavalls Stream. This was the second power station to be commissioned by the Count of Berenguer. It supplied the towns of the Ter, the city of Girona, Cassà de la Selva, Llagostera and Palamós.

La Crosa is the volcano with the largest crater on the Iberian Peninsula and one of the largest in Europe, with a diameter of 1,250 metres. It’s not known exactly when it was formed, although the fact that it has been so well preserved indicates that it’s a recent volcano that erupted in the Quaternary. The crater of La Crosa contains the cone of another small volcano. The phreatic layer that formed a lake inside the volcano dried out through a mine. The large-scale mining of volcanic clay took place in the 1960s and 1970s and several attempts were made to build housing in the area, which led to the creation of a community movement to save the volcano. Today it’s a Protected Site of Natural Interest with an information centre called “Les Guilloteres”.

The area surrounding the crater is home to holm oak and pine forests, while at the bottom of the volcano there are crop fields and tree plantations. 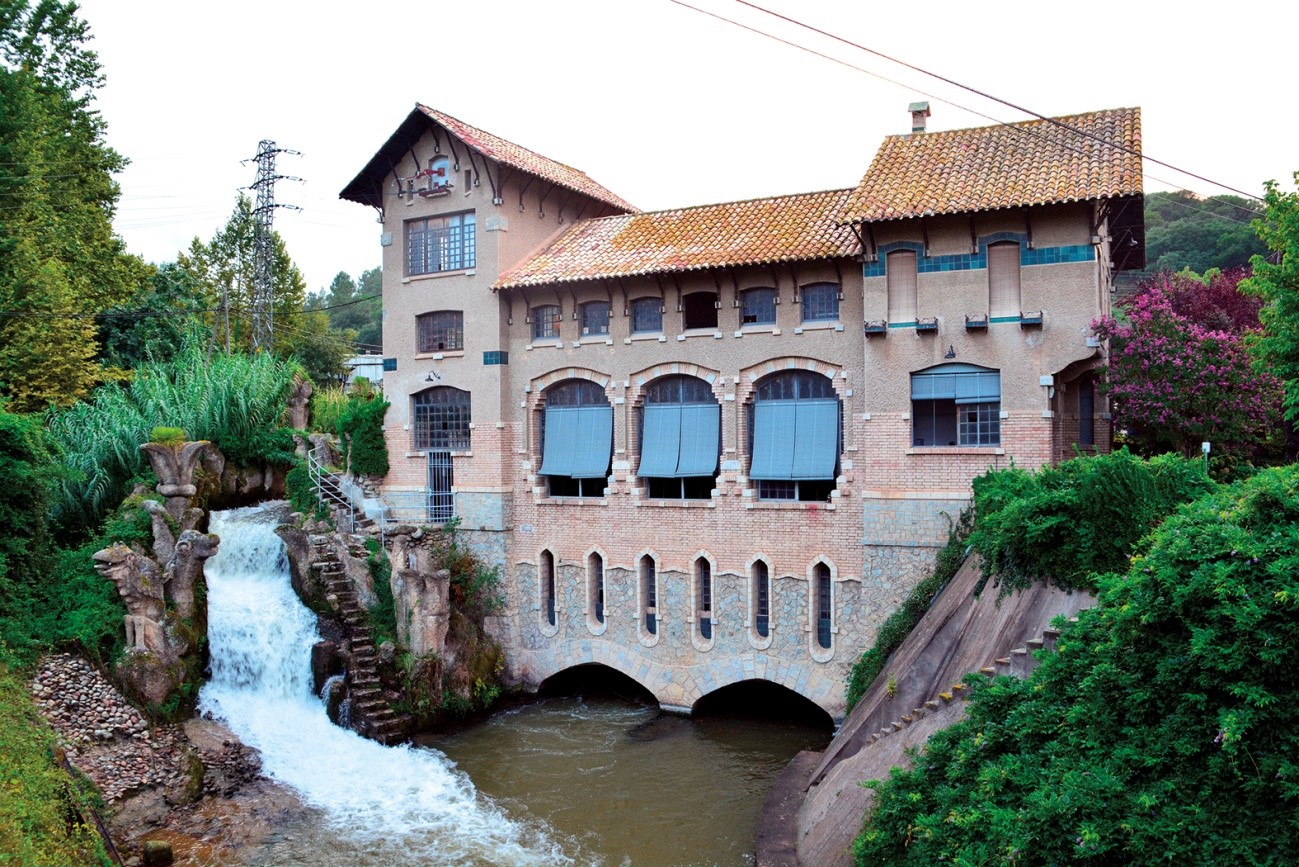