OLOT AND THE NATURAL VOLCANIC PARK.

The city is located in La Garrotxa Volcanic Zone Natural Park, which boasts the most important volcanic landscapes in the entire Iberian Peninsula. The volcanic activity is linked to the Neogene- Quaternary fault system that affects the entire zone we pass through on our route. In geographical terms, it is a very recent mechanism, and one that shaped the area’s current orography and landscape. For example, the depressions of the Empordà and La Selva regions, which we cross on our route, were created by this fault system. In addition to giving rise to most of the volcanoes in this region, the Amer fault, the most recent in the system, has caused seismic movements that have had an impact on the human population, for example the earthquakes of 1427 and 1428, which affected the historical heritage of towns such as Amer, Olot, Sant Joan de les Abadesses and those in the Vall del Tec. In fact, the latter valley, which we also cross on the route, owes its current orientation and morphology to a fault belonging to this system.

This Modernist building standing in Parc Nou houses the information centre for the Natural Park and the Volcano Museum which provides clear, educational information on the seismic and volcanic features of La Garrotxa. Don’t miss the earthquake simulator!

SECRETS OF THE GREENWAYS ROUTES

From Olot there are three ‘Secrets of the Greenways’ routes which take you to the most interesting features of the park: 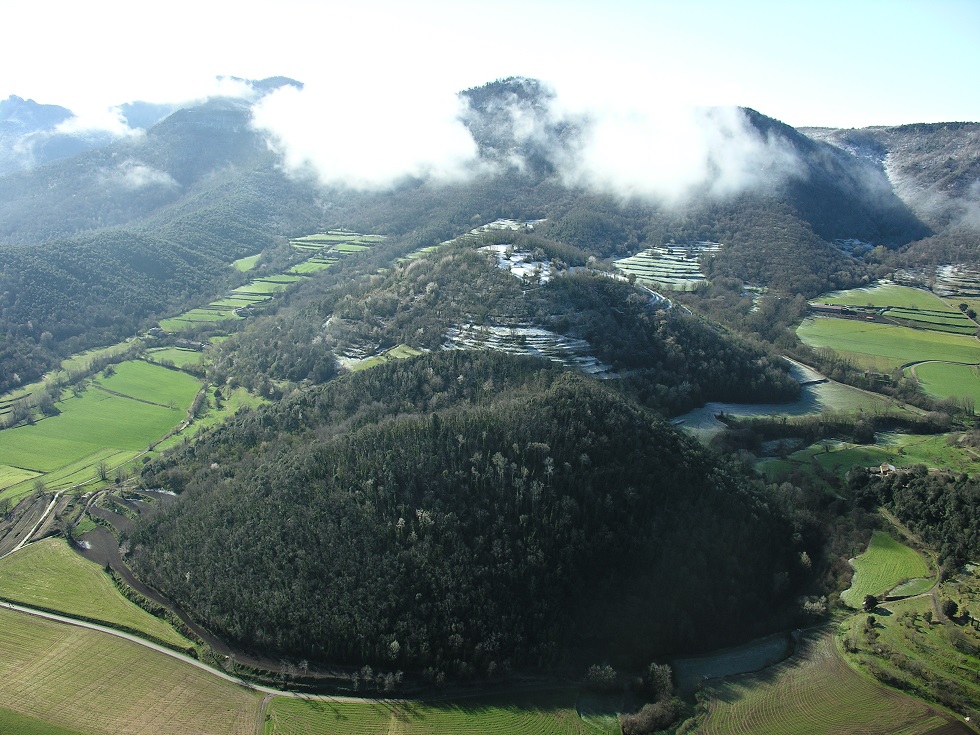