It was founded by Wilfred the Hairy in the 9th century and the first abbess was Emma, Wilfred’s daughter. The feminine community was expelled in the eleventh century due to unclear reasons (commonly related to the legend of Count Arnau) and was replaced by a masculine community who continued the task initiated by the abbesses. The current construction dates from the 12th century.

The disposition of the apse is of Occitan influence. There is a magnificent sculptural group inside from the 13th century known as the Santíssim Misteri (Holy Mistery), a piece of art from the transition between Romanesque and Gothic, which represents the Descent from the Cross. There’s also a Gothic altarpiece devoted to Sant Agustí (Saint Agustine) and Santa Maria la Blanca (St. Mary, the White Virgin) and the grave of Beat Miró (Pious Miró), also of Gothic style. The three pieces of art are an example of the production of the village’s sculpture workshop during the 14th century. The Gothic cloister has a trapezoid ground plan with Romanesque arches that connect with the chapter house, and the Baroque Chapel of Sorrows with a precious carving of the Pietat (Piety/Piousness) by Viladomat.

2. PALACE OF THE ABBEY

It was the residence of the abbots and dates back to the 12th to the 15th century. The coat of arms that is conserved in most of the capitals of the cloister is from Arnau de Villalba, the abbot who enlarged the palace. The Tosca Hall should be pointed out. In a poetic anachronism, the poet Joan Maragall converted the building into the setting of the legend of the Count Arnau.

You can visit the following exhibitions:Romànic, una volta pel Ripollès: an exhibition about the Romanesque churches of the Ripollès that date back to the 11th, 12th and 13th centuries through scale models that have been built using the same materials as the real buildings: stone, slate, iron, and wood. The building also houses the Interpretation Centre of the Myth of Count Arnau and the Espai Art l’Abadia, a contemporary art gallery.

It is said that near the Malatosca’s Mill, around the waterfall, in Sant Joan de les Abadesses some witches and magic creatures lived a long time ago. The legend relates that one day one which had to have a baby and the matron of the village went there to help her. The witches gave her a handful of lentils to pay for her services. Nevertheless, the matron was extremely furious with the payment and threw all the lentils to the river. However, the next morning she realized that one of the lentils had stuck in her apron and had become a gold coin. It is a lovely place, of high natural interest and amazing views and it’s a cultural and historical reference of Sant Joan de les Abadesses.

From Sant Joan de les Abadesses, we have to follow the Ruta del Ferro i el Carbó, a hiking route towards Ogassa. After walking for 200 meters, we have to turn right and follow a wood sign that says “GORG DE MALATOSCA”. There is a descending slope path that reaches to the river. The waterfall is on the left and if we continue the right path, we will see the Malatosca’s mill. The path finishes at the Station’s Park. 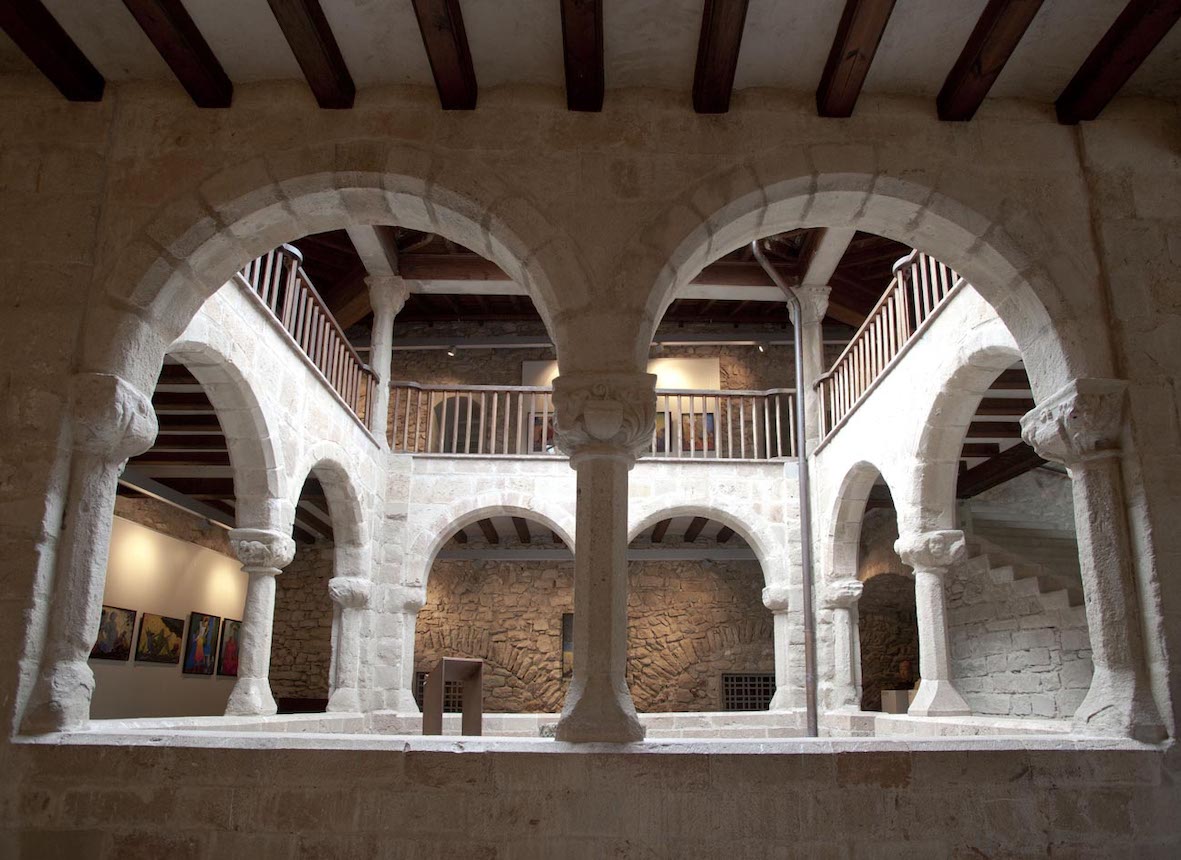