The municipality of Sarrià de Ter lies in north-east Catalonia, in the central area of the province of Girona, in the north of the Gironès county to be precise. Its geological and structural location is singular as it practically marks the confluence of the Transversal Catalana and the Gavarres mountain ranges, the Neogene depression of La Selva and the corridor connecting it with the Empordà basin.

The fact that the River Ter runs through the area endows the municipality with particular value and encourages increased biodiversity, especially thanks to its riverside woodland, which is home to a great number of birds. Here there is also an oxbow lake of the River Ter, which makes it even more valuable for wildlife.

The municipality is crossed from north to south by the Xuncla and Can Guilana streams.

The oldest urban settlement in the municipality is Sarrià de Dalt, on the left bank of the Xuncla stream. The houses surrounding the church of Sant Pau and the scattered rural dwellings on the western fringe were the origins of the municipality from the twelfth century on. As early as the late seventeenth and early eighteenth centuries building began on the village of Sarrià de Baix, next to the road from Girona to Perpignan which crossed the River Ter. Today’s Carrer Major is the main road resulting from that building process parallel to the River Ter.

To talk about Sarrià de Ter means talking about the industrialisation process that almost all of Catalonia underwent in the second half of the nineteenth century. The first factory in Sarrià was founded in 1869 by Felip Flores i Brugada, who was the promotor of the machinery needed to obtain pulp for making paper. In the early twentieth century, industrialisation progressed, trading companies and recreational societies were formed, and Sarrià occupied an important place in the paper industry in terms of production. Nowadays, three well-established companies continue to make and/or process paper.

In 1976, Sarrià de Ter, which already had a population of 4,000 inhabitants, was formally annexed to the neighbouring city of Girona. With the return to democratic municipal government in 1979, Sarrià regained its status as an independent municipality.

Points of interest not linked with the Secret

The parish of Nostra Senyora de la Misericòrdia, in Sarrià de Baix. Building on the church began in around 1800, but was not completed until recent times. Of historical interest is the stone-walled vegetable garden in front of the church, which bears witness to the horticultural activity in the Sarrià plain.

The Coro building. This art nouveau building in Carrer Major, also designed by Rafael Masó, has a small auditorium and was once used as a cultural association.

Historic-architectural ensemble in Carrer Major. Sarrià’s Carrer Major was originally the royal road from Girona to Perpignan. References to its inns in the Baron of Maldà’s writings and the more recent carrilet railway line to Banyoles mean that it now forms part of the municipality’s cultural heritage.

Factories and workshops in Carrer Josep Flores. At the beginning of Carrer Josep Flores there are several workshops and a factory, Can Mitjans, with a brick chimney, connected with the Ter’s canal and the weir. These elements bear testimony to Sarrià’s industrial past.

The parish of Sant Pau de Sarrià, in Sarrià de Dalt. Documented in the eleventh century as belonging to the monastery of Sant Pere de Galligants (Girona). In 1698 it was a royal site.

Xuncla mill. Situated on the way out of Sarrià, it drew water from the stream of the same name. 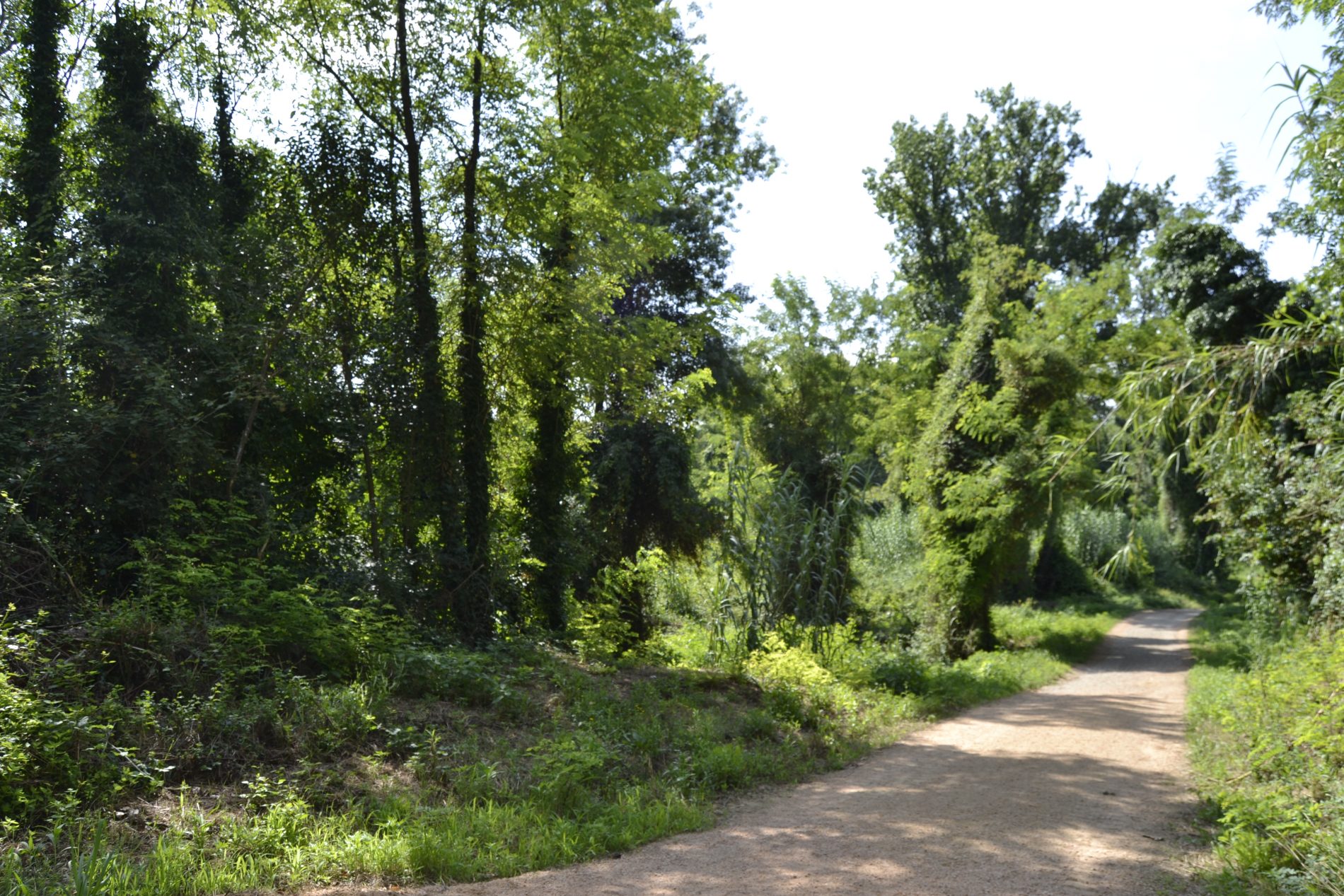 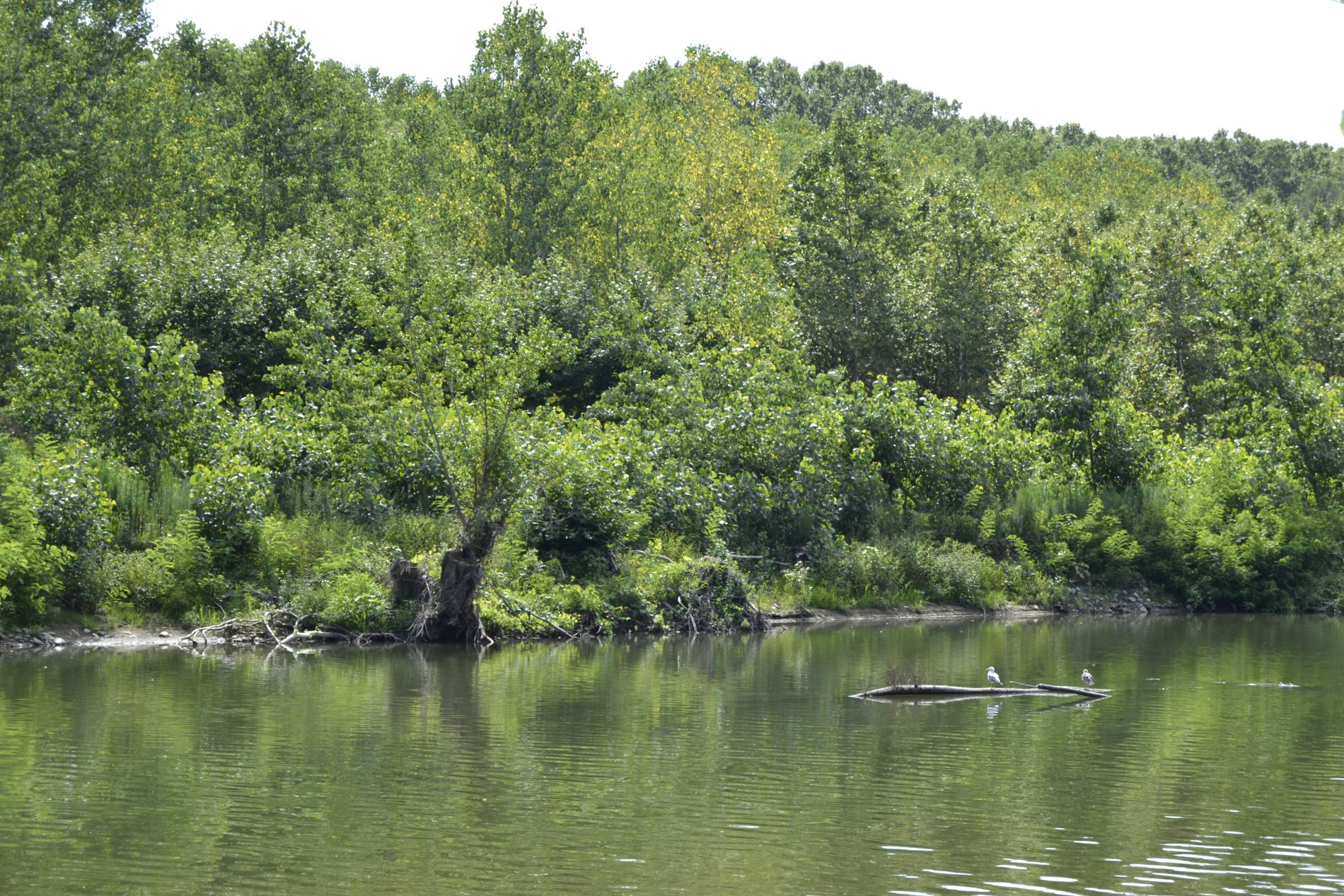 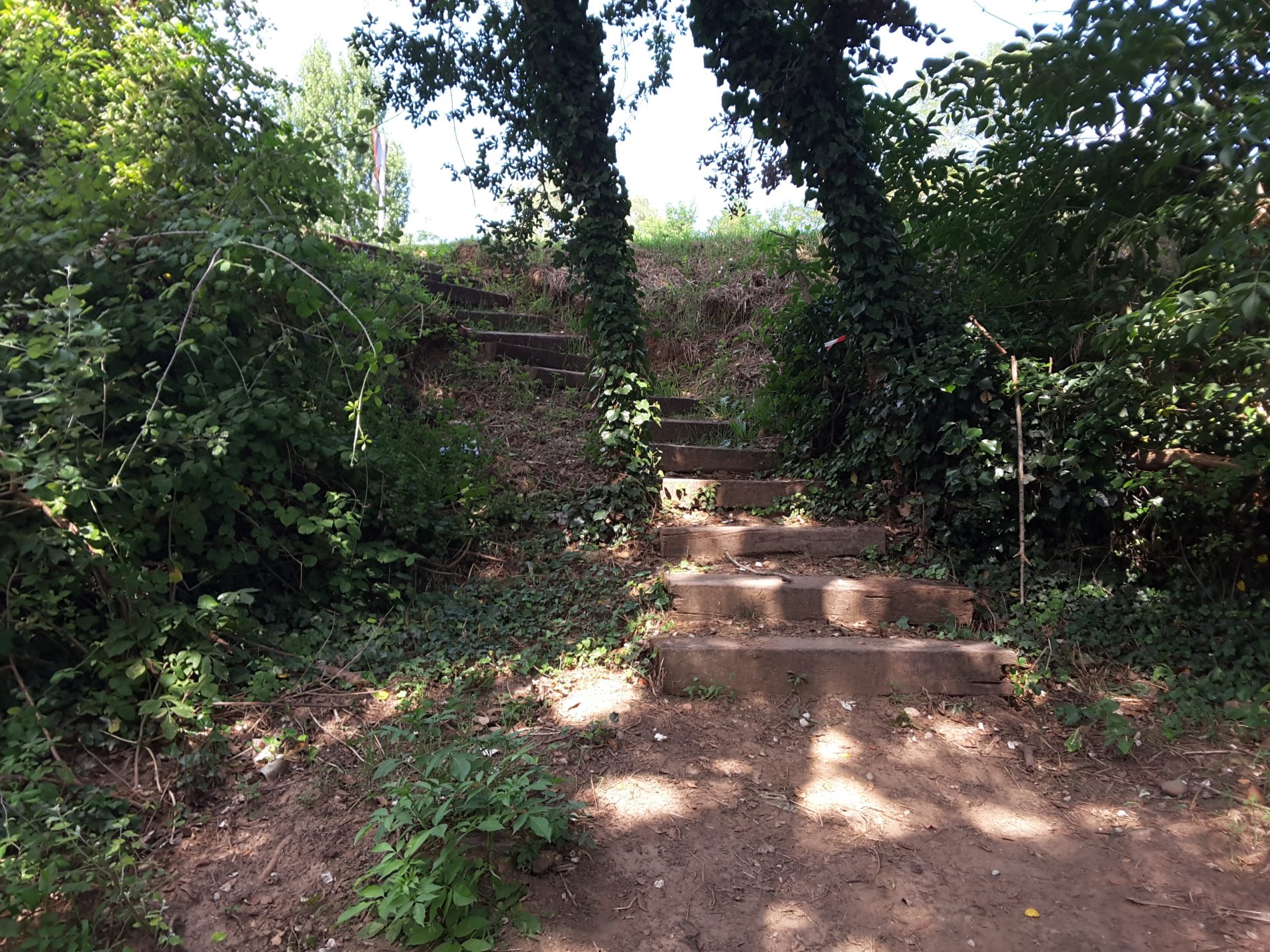 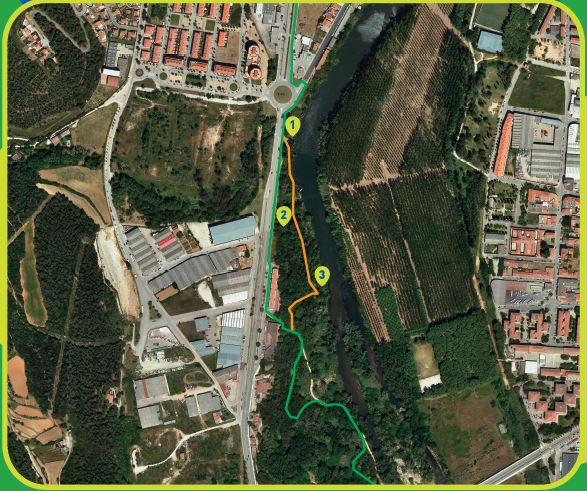 THE SECRET OF SARRIÀ DE TER

The fact that the River Ter runs through the area bestows particular value on the municipality and encourages increased biodiversity, especially thanks to its riverside woodland, which is home to a great number of birds. To enable visitors to observe the river species without disturbing them a bird blind has been built. It is in the same place as the oxbow lake of the River Ter, which is home to many species of wildlife, including birds, amphibians and even river turtles. Finally, you come to the mouth of the Xuncla stream, just before returning to the greenway. Also worthy of note is Sarrià’s Carrer Major, which was originally the royal road from Girona to Perpignan. In Sarrià you can find the Pont de l’Aigua (‘Water Bridge’), or Pont Major (‘Large Bridge’), which goes back to the days of the Romans, when it formed part of the Via Augusta. In medieval times it was rebuilt and the highroad crossed it, meaning that up until the Pont de la Barca (‘Boat Bridge’) was built, it was always the main way in and out of Girona heading northwards.

The Xuncla stream collects part of the water from the eastern slopes of the Rocacorba mountains and carries them to the River Ter, very close to the town of Sarrià. This stream’s Mediterranean character means that its flow is irregular, depending greatly on the rainfall. In the high and mid stretches there are well-established alder forests and important populations of Mediterranean barbel. Nearby, you’ll find the Xuncla mill and spring, a lovely cool, shady place, ideal for resting and recovering your strength.

OXBOW LAKE OF THE TER

In the old days, the River Ter had several oxbow lakes along much of its course. Just as the Ter has gradually lost its natural river dynamics over the years, owing to the various hydraulic works (especially the big Sau and Susqueda reservoirs) and also to the progressive decrease in the flow caused by the rise in water extraction and consumption, these oxbow lakes have progressively disappeared. However, there are a few left and these encourage greater biodiversity because they are home to many species found in aquatic environments, ponds, wetlands and small marshes.

Along the way you will come across a bird blind for observing river wildlife, particularly birds. The River Ter and the surroundings of Pedret Island are a great place for spotting mallards, teals, moorhens, shags, grey herons, little egrets, sandpipers and also forest birds (woodpeckers, golden orioles, tits, tree creepers…) and many other species that you can identify thanks to the illustrated displays on the bird blind. 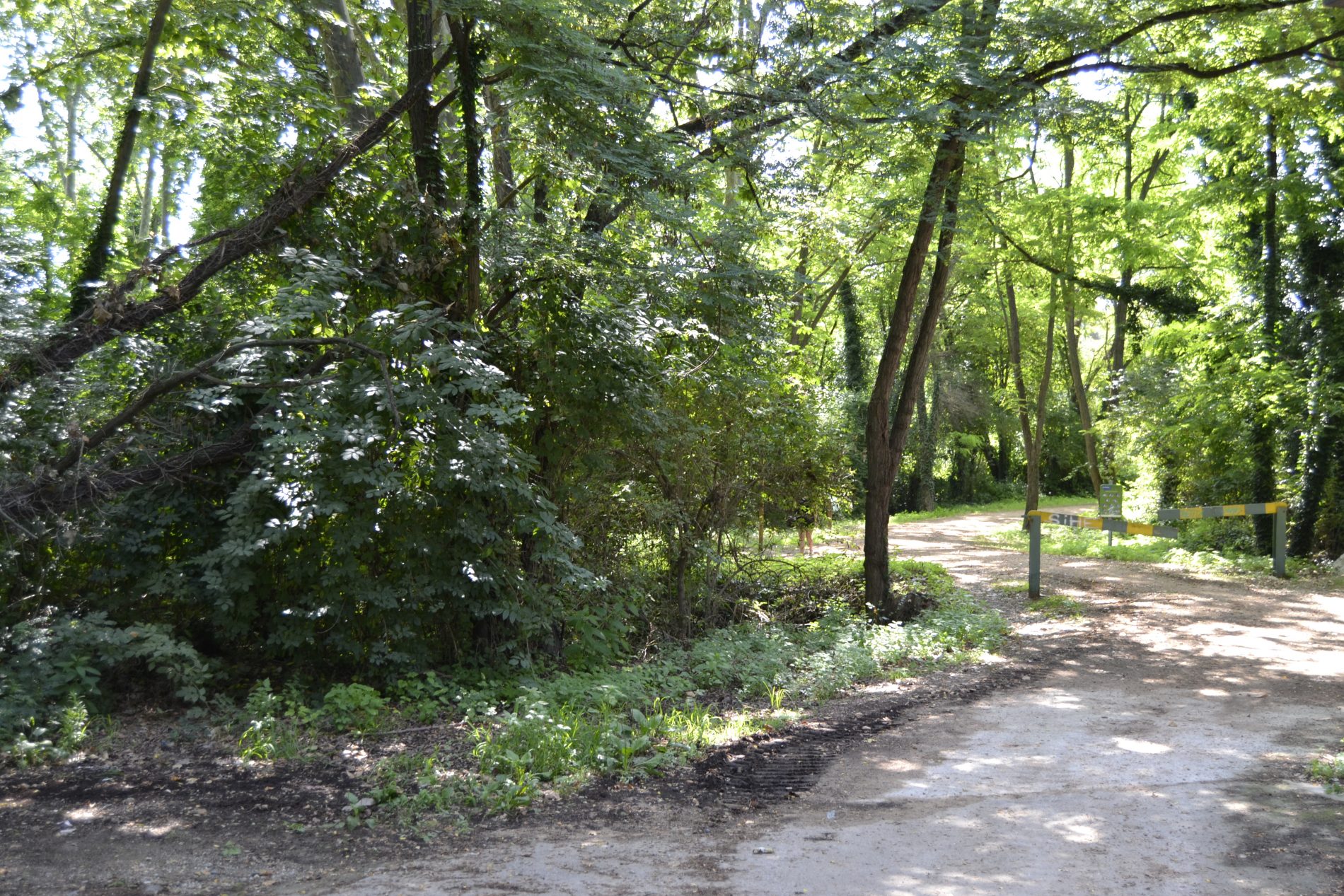 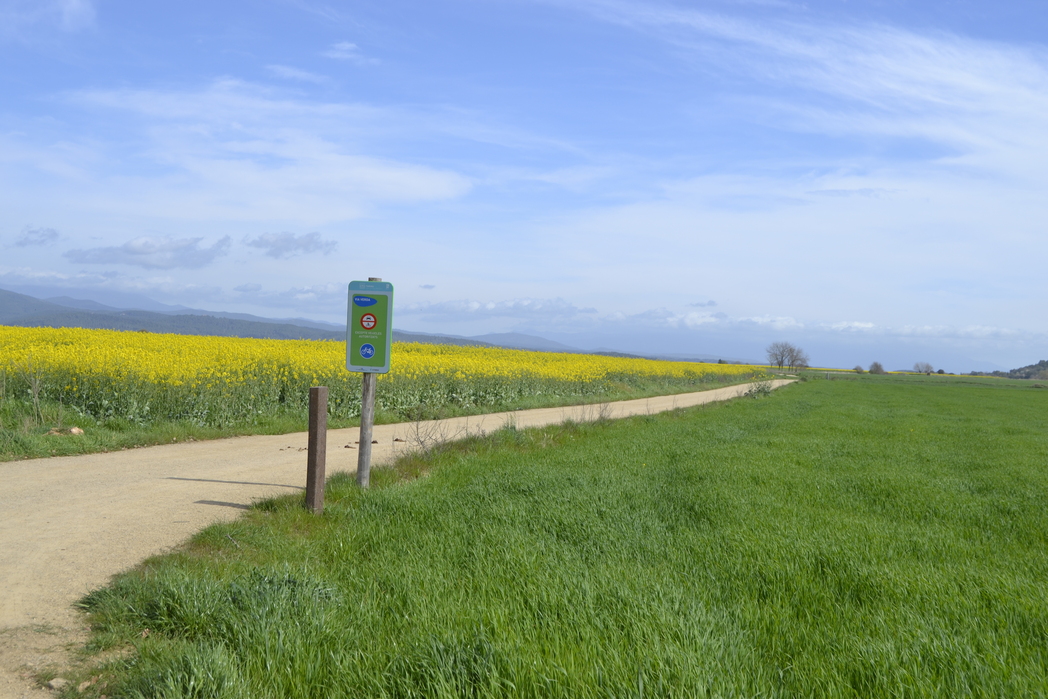